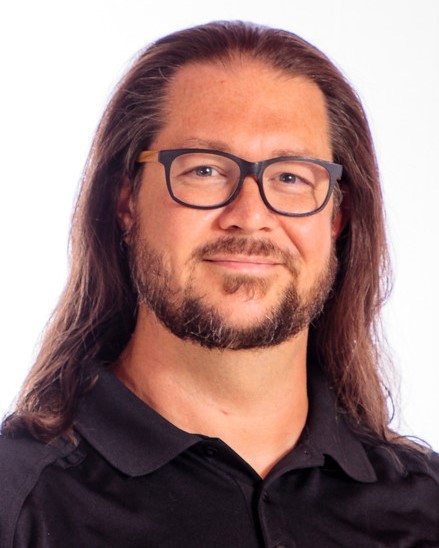 What should you know about me, Chewi Lockhart? Hmmm… Well everyone first asks, “Why do you call yourself ‘Chewi’?” The true answer is that I hit 6’9” tall when I was 18 years old, and back then had hair down to my waist. I was a young stagehand working long late hours and after a boisterous yawn one particular show, I was told I sounded like Chewbacca. I have been called “Chewi” ever since. It followed me for almost 30 years now in the entertainment industry, and has been the only name I’ve ever had on any business card. “So, what’s your REAL name?” they always follow. People REALLY do call me Chewi.

My family are long time Chicago natives. It’s where I was raised. In my later teenage years, I was fortunate enough to study at the world famous Second City Training Center and, thus, began my passion for being in front of the curtain as well as behind it. Fast forward twenty some-odd years thru moving across the country pursuing career path upgrades (downgrades as well), getting married and raising two amazing men, divorcing amicably, and finding myself in Southern Utah 2016…I brought improvisational comedy from my roots in the Midwest to St. George.

Improv Dixie started with a handful of local talent and weekly coaching. As the numbers grew and the shows began to take shape, Improv Dixie evolved and our 501c3 Non-Profit, the So U Comedy Theater was established in 2019. Now, I teach improvisational theater/comedy thru DSU’s Community Education, continue to be the managing director of So U Comedy, and anxiously await the next step in our evolution. You can now say that there is an improv community in St. George embodied by some really clever, funny people. I am very proud of the laughs we have brought to the greater community and look forward to the future laughs we all will share.

No. I don’t play basketball.