*Opera House is NOT Rentable* 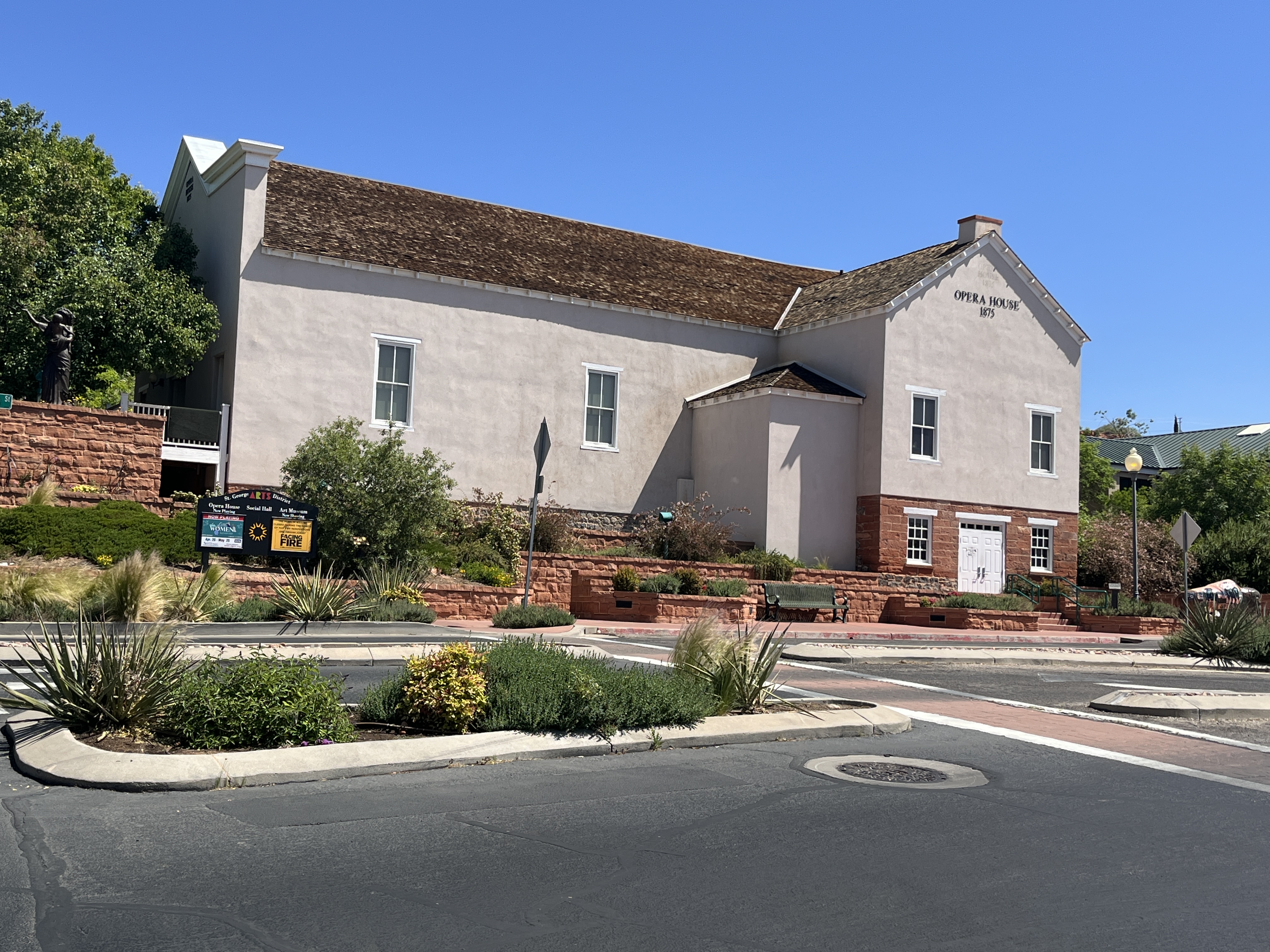 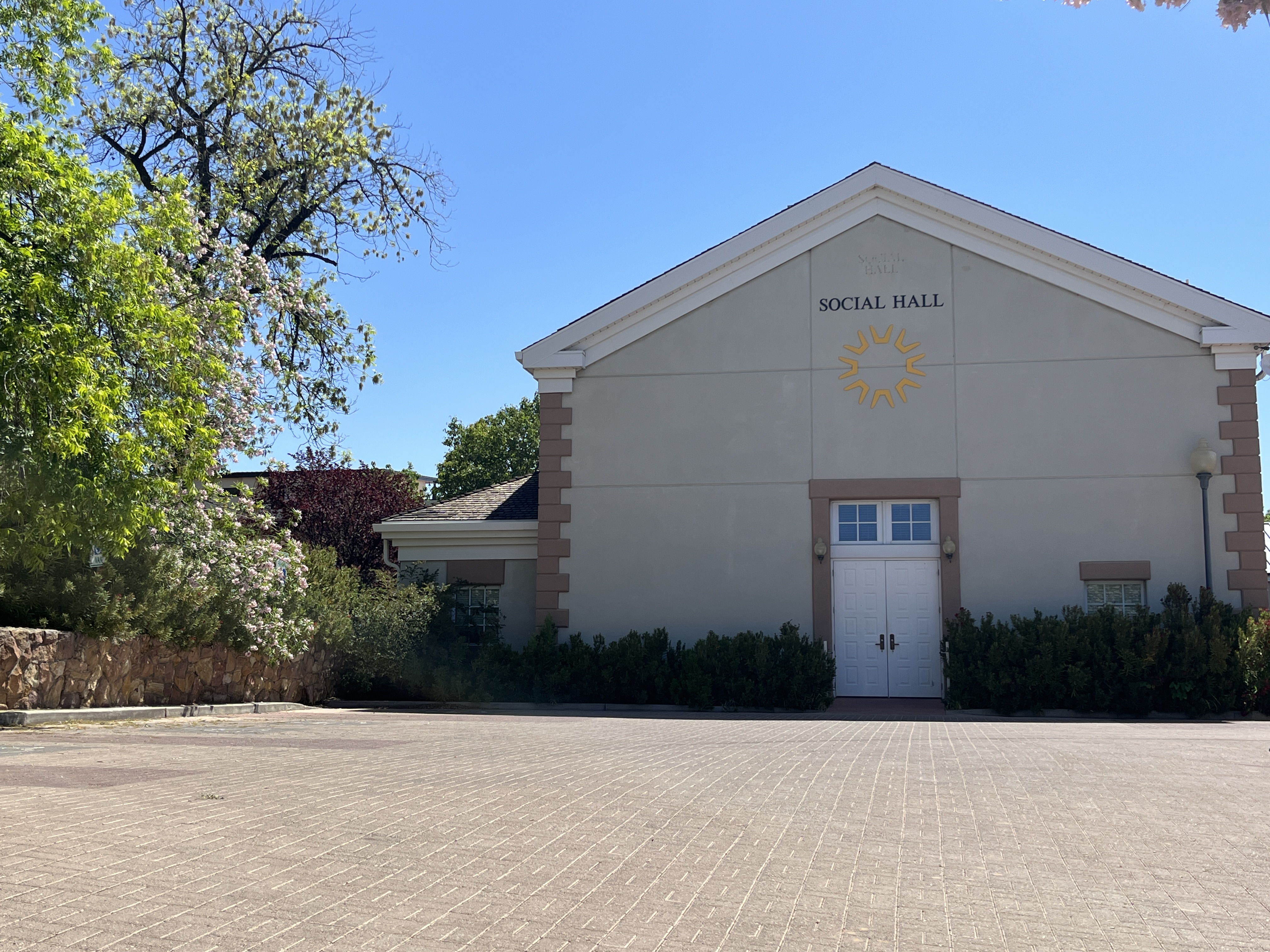 Dixie was a barren land -- dry, windy, dusty, and suffocating hot during the summer. Conditions were grim. Water was scarce and unpalatable. Sickness and death were common, there was little food and little hope. The Saints needed an escape from their heavy burdens. Entertainment and cultural development provided the answer.

Brigham Young had purposely included people with a wide diversity of talents and ethnic backgrounds -- musicians, writers, actors, artists, teachers, vocalists, poets, and others with an aptitude for the arts -- originating from the eastern and southern U.S., Scandinavia, Great Britain, and Switzerland.

Elder Erastus Snow organized lectures, dances, parties, lyceums, and concerts to prop up the spirits of the people. The first play, "Eaton Boy", was presented in 1862 in a make-shift bower made of posts and brush near where the Tabernacle now stands. Such was the need and appetite for entertainment in this struggling little community.

The first public building built by the settlers was the St. George Hall. It was built in 1862 as a place of recreation, entertainment and education.

St. George Hall was soon joined by the Gardener's Club Hall and the Tabernacle. Various plays and event were staged in these building. The Golden Farmer, The Charcoal Burner, Sweet-hearts and Wives, Black-eyed Susan, Toodles, and the plays of Shakespeare were performed among others.

In 1864, prominent local artists formed the St. George Lyceum and Dramatic Association with the support of Elder Erastus Snow.

In 1875, the Gardener's Club erected a building for the purpose of making and storing sacramental wine for the Church. The spacious upper floor was made available for social gatherings and events. Known as the "Wine Cellar", the building soon became the hub of the community's recreation.

In 1880, a new wing was added to the Wine Cellar, making the upper area almost 2-1/2 times larger. No longer used for storing wine, and now called the Social Hall, the building had a unique mechanical floor that could be inclined toward the stage for theater presentations or made level for dances and parties.

The Social Hall seated 200-400 persons. The original area became the stage and dressing rooms. Backdrops, scenery and a proscenium curtain were acquired from a bankrupt New York theatrical company. A new generation of drama, comedy and operas began. "Play tonight!" was anxiously proclaimed regularly across the valley and beyond.

Locally-produced attractions charged 50-75 cents per ticket -- a high price for the time. Most patrons paid in kind: molasses, vegetables, fruit, flour and other commodities. A pair of shoes, and item very hard to come by, would provide tickets for an entire family.

Literally dozens of plays and musicals were produced and repeated over the next several decades: The Stranger, The British Slave, Look Before You Leap, The Gun Maker of Moscow, Kathleen Mavourneen, The Rose of Etterick Vale, Pissaro, Summer and the Frost King, Damon and Pythias, and many more.

One memorable play was Jennie Brown or Relief of the Lucknow with Martha Snow, Frank Snow, John Woodbury, Josephine Snow, Joseph Bently, and Horatio Pickett. In the emotional final scene, the heroine is mistreated and denied her children by the villain. A tipsy miner in the audience became enraged, jumped to his feet and vowed to kill the scoundrel with his pistol. Friends interfered but the gun went off and put a bullet hole in the ceiling.

During the early 1900's to the mid-1920's, the Social Hall was called the "Opera House" because of the many operettas and vaudeville shows that were presented during host years. Most notable of these were Pinafore and Robin Hood.

The Social Hall/ Opera House functioned for 50 years as the center of Southern Utah's cultural activities. A generation of pioneers cast their heavy loads aside and laughed, cried smiled and cheered.

In the 1930's the Social Hall/Opera House was sold and used as a sugar beet seed cleaning plant for many years. Later, it was abandoned -- not a fitting end for such a grand lady. The laugher, once gone, has now returned to this historic place.