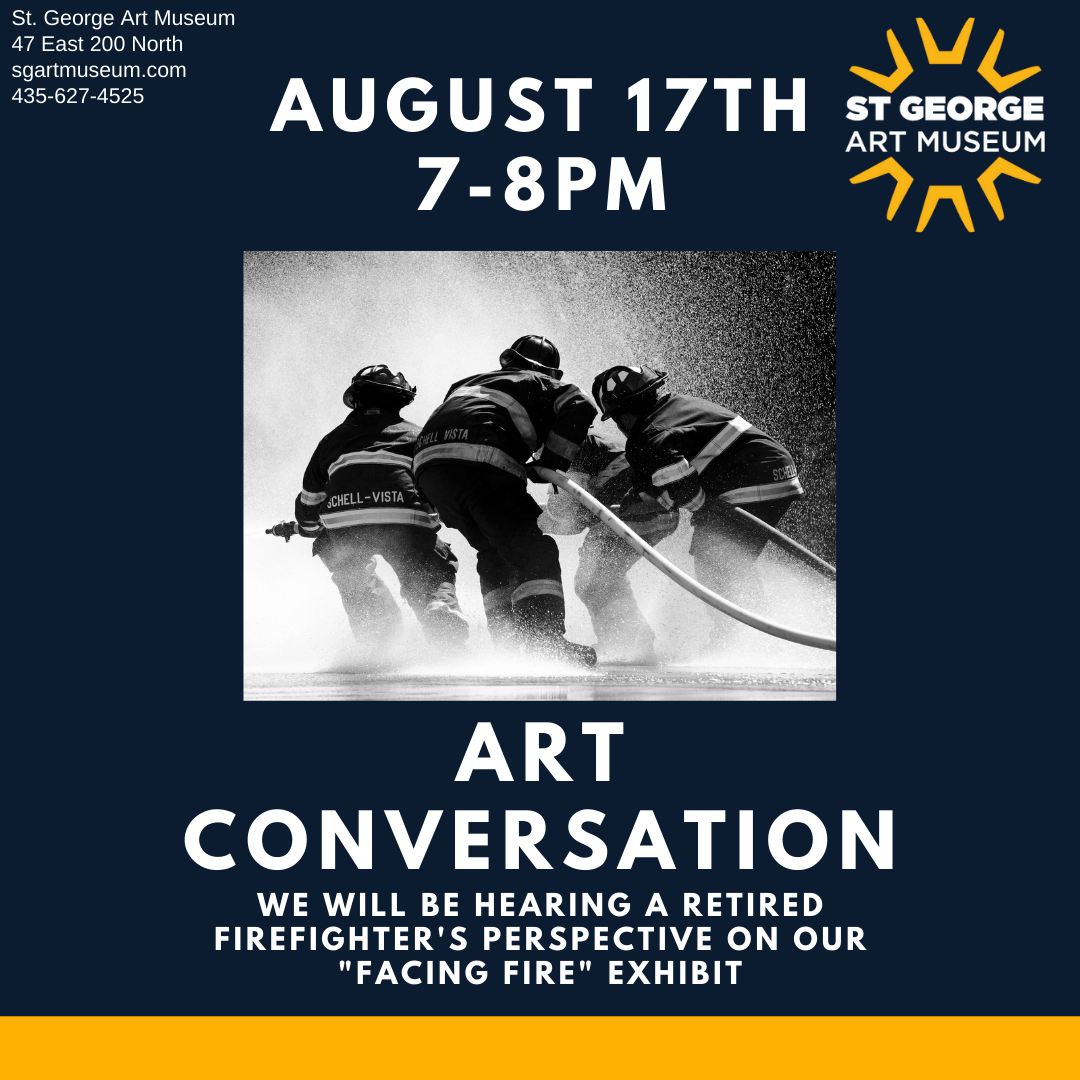 Join us for a talk with an exhibiting artist

The St. George Art Museum Art Conversation series meets on the third Wednesday of the month at 7:00 pm and is lead by various artists who currently have pieces at the museum. This event is free and open to the public. Recordings of previous Art Conversations can be found on our Facebook page.

May - Canceled due to museum renovations

July 20th - Norma I. Quintana via Zoom on "Forage from Fire" series

September 21st - Audrey Taylor on "Our Hidden World: A Study of Human Emotion"

Plan on 1 hour for the speaker with questions and answers afterwards.

Occasionally the third Wednesday falls during an exhibit change, holidays or some other conflict. We always post the schedule on this page.