The City of St. George and several community groups hope to evoke feelings of gratitude and patriotism during the third annual “Remembering 9/11: Honoring First Responders and Their Families” event Sept. 10 at Historic Town Square at 9:30 a.m. It is part of a weekend-long tribute to those who died in the terrorist attacks of September 11, 2001 — a tribute that includes a Field of Heroes flag display and the Wreaths Across America Mobile Education Exhibit on Sept. 11.
“We invite everybody to take part in this event to remember the victims of September 11th and to thank our community’s first responders for putting their health and well-being on the line to protect our residents,” said Mayor Michele Randall, who is among the scheduled speakers. “Our community’s police officers, firefighters, and paramedics often display incredible amounts of courage in various circumstances. It is important that we recognize them for the outstanding work that they do.”
The calm of a late-summer morning 21 years ago was shattered when coordinated terrorist attacks killed nearly 3,000 Americans — including 412 first responders. In the ensuing weeks and months, Americans came together in a way not often seen. The City and its participating community partners for the 9/11 event seek to recapture, at least for one weekend, that sense of unity and fellowship that infused this nation 21 years ago.
During Saturday’s event, Congressman Chris Stewart will be the keynote speaker. Washington Mayor Kress Staheli will join Randall in making remarks, and two youth choirs will perform patriotic songs. The event closes with a moving bagpipe tribute. Kids activities will be available, including patriotic face painting, and the St. George Carousel will be free to ride that morning until noon.   On Sept. 11 at Town Square near the Woodward Building.
The free Wreaths Across America Mobile Education Exhibit — open from 10 a.m. to 4 p.m. — brings the local community members together through interactive exhibits, short films, and shared stories. Serving as a mobile museum, it also serves as an official “Welcome Home” station for Vietnam War veterans. It is free to attend.
On both Saturday and Sunday, everyone is invited to the east lawn of Town Square to view the more than 300 American flags on display, representing the first responders who perished on 9/11.
“We don’t want people to forget the sacrifices of those who rushed into harm’s way without a second thought,” Randall added. “We know those first responders from throughout Washington County would not hesitate to do the same.” 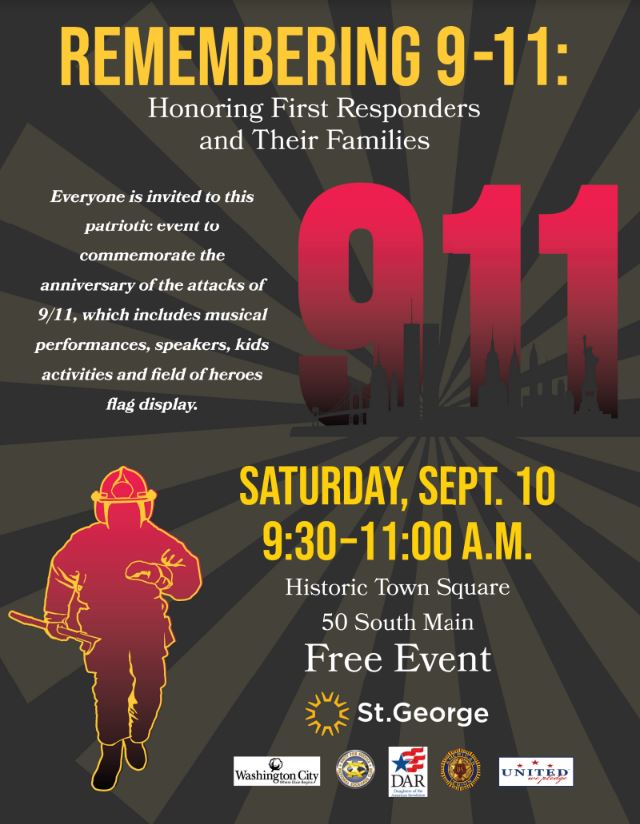 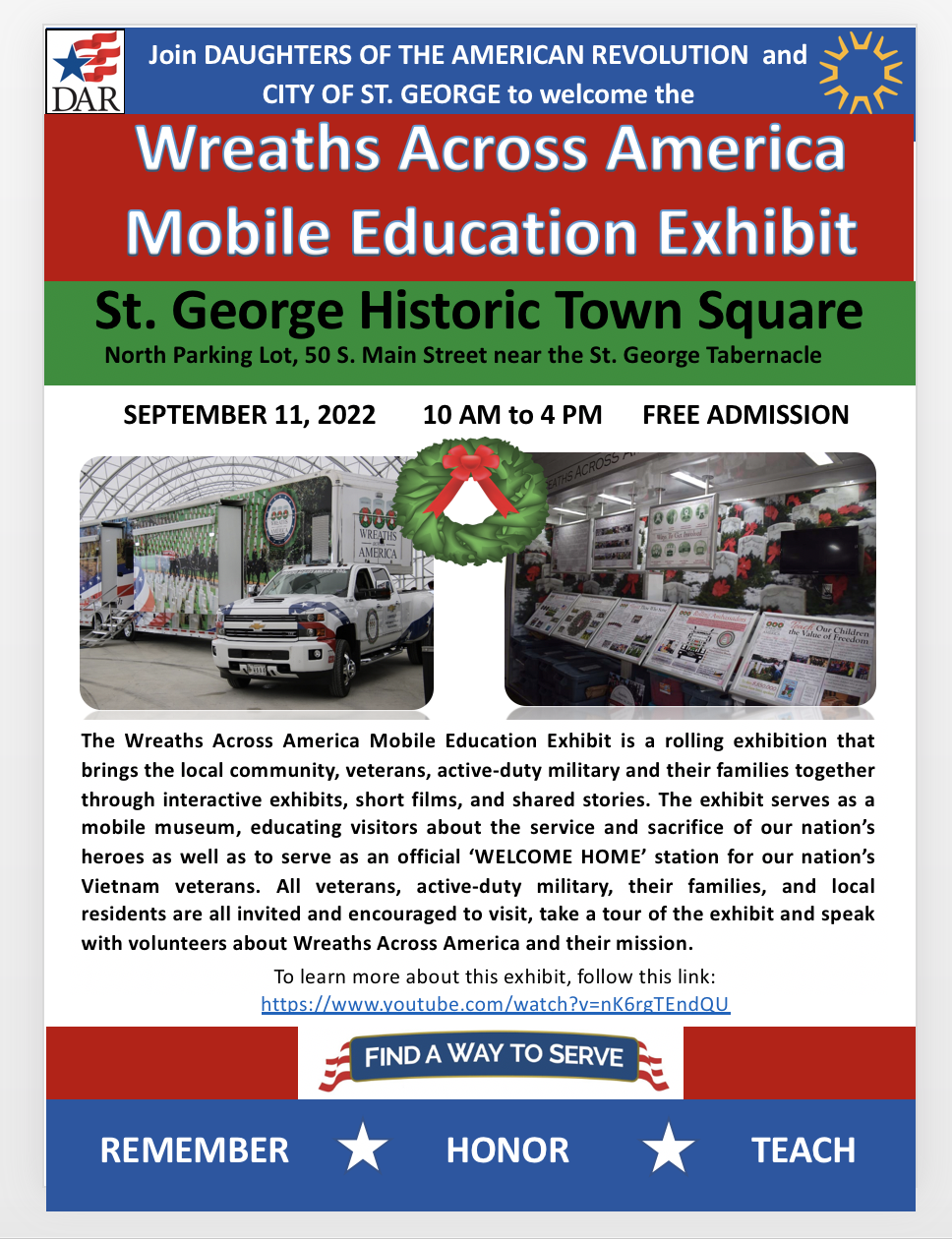